After many years of uninterrupted service, your Stuart Turner Pump may show signs of wear and tear. This can present itself in any number of ways, from the pump not coming on, to not shutting off, and everything else in between. Should this occur it may not mean a very expensive replacement pump is required.

Most Stuart Turner pumps can be reconditioned and put back into service for many years after. This is because it is rarely the actual motor has failed but rather some other ancillary component which has caused the problem. This can be put right but rather than just replacing the part that failed we have found it best practice to go that little bit further.

Only Genuine Parts and Spares Used

The Shower Doctors are the only officially appointed service agents for Stuart Turner pumps in Ireland. All our staff are factory trained and continually assessed to uphold Stuart Turner’s standards. We only use genuine spare parts which are purchased directly from the manufacturer during our refurbishment.

During this process we replace ALL Electrical and Mechanical Components including all seals are replaced for a price which is significantly less than the cost of a new pump. This will add longevity to the life of the pump because the components were replaced simultaneously.

The Shower Doctors also offer a warranty on any pumps reconditioned in our office in Park West.

Give us a call on 016205657 for further information or book an appointment below. 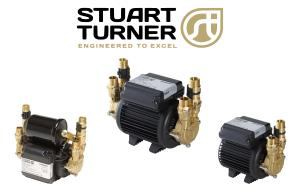 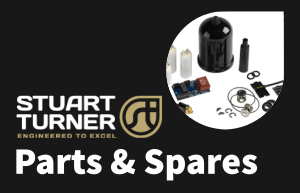 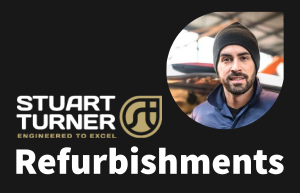 After years of continuous and reliable service your Stuart Turner Pump may show signs of aging and start to function incorrectly. However, this does not necessarily mean an expensive replacement pump is required.

Only genuine parts and spares used

The Shower Doctors is the officially approved service agent for a number of leading shower and shower pump manufacturers and distributors situated both here in Ireland and the U.K.

This means that we are able to provide our customers with their showers, pumps and servicing as well as the ongoing technical expertise required, with the support of the manufacturers to back up our services, unlike many others in the industry.

One problem in our industry is the prevalence of sub-par parts and spares being used to fix showers which can lead to reduced life spans and can have further damaging effects when used unknowingly. Our service engineers use only genuine parts and spares for showers and shower pump repairs.

We are Ireland’s ONLY official provider of Stuart Turner parts and spares. To ensure your Stuart Turner pump is serviced with only genuine parts, book a service with our engineers today. We provide nationwide coverage at excellent rates, along with unbeatable guarantees.

This website uses cookies to improve your experience while you navigate through the website. Out of these cookies, the cookies that are categorized as necessary are stored on your browser as they are essential for the working of basic functionalities of the website. We also use third-party cookies that help us analyze and understand how you use this website. These cookies will be stored in your browser only with your consent. You also have the option to opt-out of these cookies. But opting out of some of these cookies may have an effect on your browsing experience.
Necessary Always Enabled
Necessary cookies are absolutely essential for the website to function properly. This category only includes cookies that ensures basic functionalities and security features of the website. These cookies do not store any personal information.
Non-necessary
Any cookies that may not be particularly necessary for the website to function and is used specifically to collect user personal data via analytics, ads, other embedded contents are termed as non-necessary cookies. It is mandatory to procure user consent prior to running these cookies on your website.
SAVE & ACCEPT
0
X