What different types of showers are there?

So, you’re looking for a new shower, but you’re not sure where to start?

It’s important to buy the shower that’s right for your needs. Whether it’s a powerful shower similar to a spa or luxury hotel, an affordable shower that won’t break the bank, or just a shower that will provide instant hot water with decent pressure.

It’s also important to make sure that the shower you choose is right for your property and your water supply.

The electric shower is probably the most popular shower type available today, and if you want hot water instantly, it’s one for you to consider. An electric shower draws in cold water from your home’s cold water supply, and heats it inside the shower

There is no need to wait for water to warm up before you can take your shower and if someone is using other taps in the house, it won’t affect the temperature of your shower.

An electric shower is considered to be more environmentally or eco-friendly than some other shower types because you only need to heat the water you use instead of a full water tank.

There are two types of electric showers, mains-fed and gravity-fed. One is fed by your home’s mains water supply which generates enough pressure for the shower to operate on.

You will need an RECI certified electrician (such as one of The Shower Doctors engineers) for installation, and because they have a heating element, electric showers can be affected by limescale.

For more information about Electric Showers give us a call on 01 620 5657. At theshowerdoctors.ie we know all there is to know about showers.

Mixer showers do not heat the water internally but rather blend cold water with hot water that has been heated from another source, such as your oil or gas boiler or your immersion. They tend to be more powerful than the electric showers and don’t require a plastic box to contain the controls so have a more modern design than most electric showers.

There are many types of mixer valves but these can generally be broken down into two types – thermosatic mixers and manual mixers.

Both types have a hot and cold water supply feeding into the unit. The water is blended in the mixer valve and exits through either a fixed or adjustable shower head. A manual mixer allows you to adjust the flow of the hot and cold water to find the right temperature.

The thermostatic shower is similar in construction but with the addition of a built in thermostat. This allows the valve to automatically adjust itself to the correct temperature in the event of another water source being turned on in the home.

These units tend to be more expensive because of the extra parts required and they can be installed by a plumber. With some low pressure water systems, a water pump may have to be installed to improve the pressure of these types of showers.

For more information about Mixer Showers give us a call on 01 620 5657. At theshowerdoctors.ie we know all there is to know about showers.

Power showers are similar in appearance to an electric shower in that all the components are housed in a box on the wall. They operate in a very similar way to mixer valve showers in that they draw in both hot and cold water which is blended within the unit and pumped out through the head.

They work well in homes with low water pressure such as in a bungalow. If you are looking for the luxurious experience of high-pressured shower that you might get in a hotel or a spa, a power shower might be the one for you however, they are not considered to be eco-friendly due to their energy usage and water consumption.
As with mixer showers, power showers come in both manual and thermostatic versions.

For more information about Power Showers give us a call on 01 620 5657. At theshowerdoctors.ie we know all there is to know about showers.

The term pumped shower generally relates to a setup wherein the actual shower unit is mounted on the wall of your shower and the water pump is located elsewhere, such as in the attic or utility room, but generally they are fitted in the hot press beside your cylinder.

An electric pumped shower both pressurises and heats the water. They are generally found in homes where the water pressure is low.

If you have a shower with body jets or a rain/drench shower head, you should consider fitting a larger pump to provide increased pressure or water flow, providing a better shower experience than you might be able to achieve otherwise.

Pumped showers can be more expensive compared to electric showers or power showers because of their extra pressure features. Bear in mind when fitting this type of system, a larger tank and hot water cylinder may need to be employed to cope with the higher water demand.

For more information about Pumped Showers give us a call on 01 620 5657. At theshowerdoctors.ie we know all there is to know about showers.

A new, state-of-the-art variation on mixers or electric showers

Digital showers are a new variation on the traditional mixer showers or electric showers. They are becoming increasingly popular additions to modern, state of the art bathrooms.

Digital showers, or remote-controlled showers, are generally controlled by a digital LED panels that can be located anywhere within a 10m area around the shower’s power unit. The panel allows you to adjust the flow and temperature of the shower and communicates your choices to the power unit, which can be located in the attic or hot press.

The power unit then delivers your preferred pressure and temperature through the ceiling or wall to the showerhead.

Digital showers give you more freedom in your bathroom layout and prevent the need for any visible plumbing.

Digital showers can be more expensive than other shower models because of the parts and technology involved. They require a power unit which means you will need an RECI certified electrician (such as one of The Shower Doctors engineers) for installation.

For more information about Digital Showers give us a call on 01 620 5657. At theshowerdoctors.ie we know all there is to know about showers.

What type of water system do I have?

As the hot water in the cylinder is used, it’s replaced with cold water from the tank above, which is refilled from the mains water supply.

A gravity-fed water system usually provides low water pressure, depending on the distance from the bottom of the cold tank to the shower head. The greater the distance, the better the pressure. To give a higher pressure from a mixer shower, a booster pump can be installed.

So, do you have a cold water tank in the attic and a hot water cylinder in your home? Then you most likely have a low-pressure gravity-fed water system.

A mains pressure water system is also known as an ‘unvented’, ‘pressurised’ or ‘sealed’ system. A mains pressure system has a hot water cylinder that is connected directly to the mains water supply, so there is no need for a cold water tank. The water is heated by a boiler or immersion heater.

Because everything is under the pressure of the mains water supply, pressure from taps and showers is much higher so you don’t need a pump to get a powerful shower. Any shower type can operate effectively with a mains pressure system.

If you have a hot water tank, in the ‘hot press’, but you don’t have a cold tank in the attic, then it’s likely you have a high-pressure, mains pressure system.

With a combi boiler system there is no need for a hot water cylinder, cold water tank or shower pump in the home. The boiler is connected directly to the mains water supply and can heat the pressurised cold water on demand. A combi boiler can be located anywhere in the home, and are regularly mounted on the wall.

However, for a powerful shower, you should make sure that the boiler can provide a strong enough flow rate. The larger your shower head and number of nozzles, the more pressure required.

A thermostatic mixer shower is a good choice for a combi boiler system, as it will smooth out any temperature fluctuations you might experience.

So, if you have a combination boiler in your homw, and no hot water cylinder or cold water tank, then you have a high-pressure, combi boiler system.

What is SR short for?

The term SR is short for Silent Running. It means the shower or shower pump is particularly quiet.

What are EV and BIV short for?

A BIV shower valve is built into the wall of the shower so that most of it is hidden and only the controls are visible.

An EV shower valve is mounted on the shower wall and the whole valve is visible.

What is the difference between thermostatic shower and a non-thermostatically controlled shower?

A thermostatically controlled shower can maintain its set temperature, despite fluctuations in the hot and cold water flows being fed into the shower.

Have you ever been in the shower when someone flushes a toilet or turns on a tap somewhere in the house? Well, a thermostatic shower prevents you from having to jump around to avoid being frozen or scalded should this occur.

At The Shower Doctors, we know everything there is to know about showers, so don’t wait! Fill out our contact form below and one of our team will be in touch with you as soon as possible.

To all of our customers, we want to reassure you that we’re doing everything we can to keep our doors open for business throughout the Covid-19 pandemic.

Our online store is still active, and pump and shower repairs are still available. Our team is working hard to handle these new circumstances as best as we can, while still providing vital repair services.

We are continuing to monitor the latest government and HSE advice and we will keep you updated on any significant changes within our business.

We would like to extend our best wishes to all our customers at this time. Stay safe.

Any cookies that may not be particularly necessary for the website to function and is used specifically to collect user personal data via analytics, ads, other embedded contents are termed as non-necessary cookies. It is mandatory to procure user consent prior to running these cookies on your website. 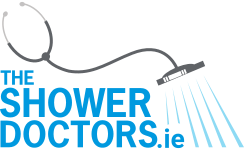 Ireland's #1 provider of showers, pumps, parts and spares for over 30 years.